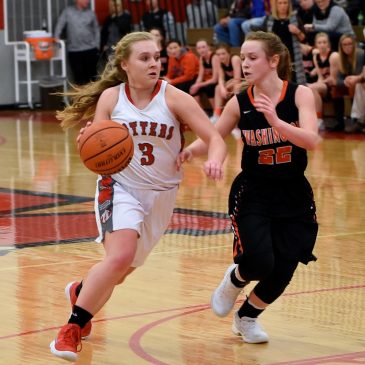 So here is the deal, the Morton Lady Potters, ranked #1 in Class 3A by the Associated Press (AP), are 19-1 on the season, 8-0 in the Mid-Illini Conference, State Farm Holiday Classic Champions, and of course 3x Defending State Champions that have won 16 games in a row.  Most of them by at least a dozen points.  They have run through the first half of the Mid-Illini Conference season like a hot knife through butter and haven’t lost a Mid-Illini game in 722 days (January 22, 2016).  That would equate to 27 straight conference wins. That’s pretty impressive, but I heard a critic say the other day – “well Morton is in a weak conference, so they don’t have to play anyone”.  Morton’s dominance probably triggers that thought in people outside the conference, because well, what else are they going to say.  There are some ways to measure how good Morton has been so far this season however, and I’ll lay them out for you.

I really can’t say how good some of the other Class 3A teams from around the state are, because I haven’t seen many of them play this year and other than the AP and MaxPreps, there really isn’t another comparison method, other than traveling around the state to watch them all play.  MaxPreps is a national high school ranking service that use a statistical computer formula to rank teams from all across the country (somewhat like the BCS ranking computer formula in college football)  and results are filtered down to provide rankings by State and by Class. Their formula weighs wins and losses and factors in a strength of schedule (who you play, your opponents ranking and your opponents strength of schedule).  Not exactly an exact science, but other than the AP rankings and the “eyeball test”, it’s the best we got.

Now I’ll repeat, rankings before March 4th mean absolutely diddly-squat.  However, I think that it helps us see that maybe Morton has been tested a little bit and maybe the Mid-Illini Conference is not as “weak” as I heard someone profess the other day. Also, do you remember the Monroe Cheesmakers that battled the Lady Potters back at ICC on December 2nd?  They are currently 13-2 and ranked #3 in Wisconsin’s Division 2 AP Poll and have only lost to Wisconsin’s #1 team (Beaver Dam) other than their loss to the Potters. Wisconsin has 5 Divisions with Division 1 being the largest schools and Division 5 being the smallest schools. Let’s factor that into our eyeball test. 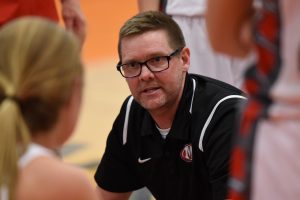