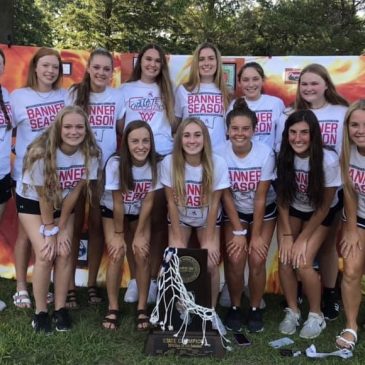 Many high school teenagers spend their summers poolside, relaxing, socializing and doing what typical teenagers do in the summertime. Staying up late & getting up late is still the norm for many.  The Morton Lady Potters, however, have committed their summer days and nights to getting better at basketball, passing on the tricks of their trade to future Lady Potters, challenging themselves to take on new roles for the upcoming season and community service. All of which has added up to a very busy summer, particularly when combined with other sport commitments, AAU basketball (competitive travel basketball circuit) commitments, summer jobs and maybe a little time left over with their families and friends. 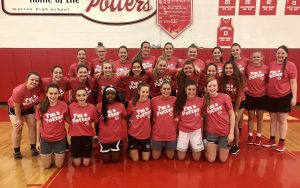 Since school has ended in May, the returning players, and a batch of new varsity candidates, have been helping coach (3) week long middle school camps, participating in high school skill development sessions, playing summer league games at Illinois Central College (8 games) & in Galesburg (2 games), Summer shootouts at Mahomet (5 games) and Illinois Wesleyan (5 games) and an overnight Team Camp (8 games) at Drake University in Des Moines, IA.  All of this within the 25 allowed ‘Contact Days’ that the IHSA allows for off-season work between coaches & players.  Some days would start at 6:30am and end at 9pm. 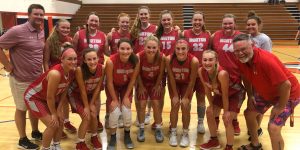 This is nothing new to the returning players that will be seniors next season.  This has been the normal routine in June and these players know how important it is to spend these development hours with their teammates (both old and new faces). It’s part of the tradition of consistent excellence that being a Lady Potter means. It is a new experience for the players that have never played Varsity before however, and this year, that includes about half of the team. 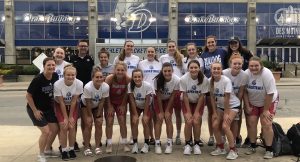 Hall of Fame coach, Bob Becker, knows that the real key to all of these hours, that both the players and coaches share together in the summer, is about much more than the number of summer wins and losses.  The priority has never been how many summer games you win, but instead, all about individual player and team development in the off-season. The blending of the veterans and new comers.

For the coaches, it gives them a chance to see which players have the commitment level, positive attitude, determination, focus, energy level and willingness to learn, as well as which players the coaches might be able to trust in specific situations once the season starts.  Roles begin to develop and that ever so important factor of ‘Trust’ in the Sisterhood equation starts to take root. 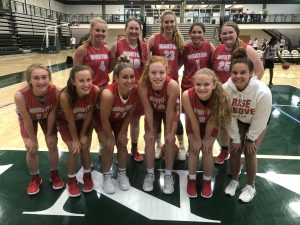 This year the Morton Lady Potters also decided they wanted to help raise money for the St. Jude Children’s Hospital and partnered with a Mid-Illini neighbor (Washington Lady Panthers) to maximize the impact of their efforts for the cause.  Together, the two teams combined to raise over $7,800 for St. Jude!  Lemonade stands, bake sales, car washes, a Pizza Ranch night (the players served patrons) and miscellaneous efforts at the St. Jude Backyard Talent Show (BYTS) fundraiser helped raise the money.  Thanks to the teams’ efforts, the BYTS was able to raise over $18,000 this year for St. Jude!  Very worthy of a standing ovation for the Lady Potters & the Lady Panthers as well as everyone from both the Morton & Washington communities that helped make it possible. Special thanks to all the players’ families for all their support as well! 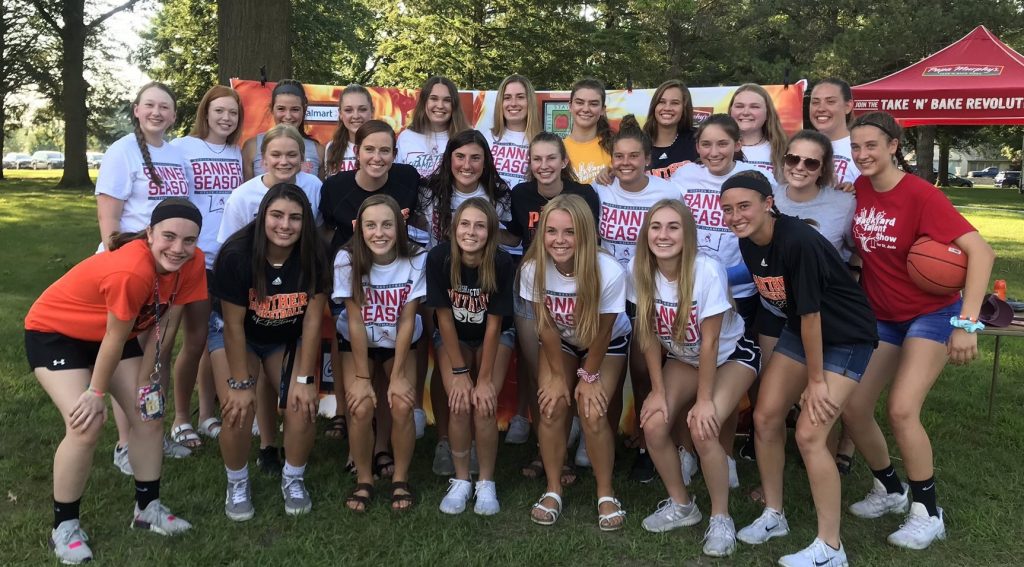