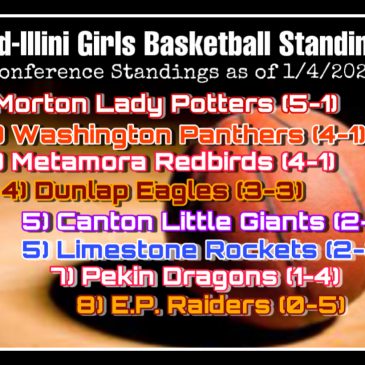 About 2 o’clock today, a dental assistant named Caitlynn told me, “If the tooth is sensitive to this, let me know.”

She thought to remove a temporary cap by using an instrument one shade smaller than the Vise Grips your auto mechanic uses to remove a catalytic converter.

As she came into my mouth with that evil tool . . . (Oh, I overstate. It was probably a finely-milled, titanium, state-of-the-art tool that just looks evil to the untrained eye) . . . As she squeezed on the cap, I said,”Urgmshet,” perhaps not that clearly, and she took that to mean we ought to numb it up. “Before,” she said, “you go flying through the ceiling.”

I thought of that moment during the first quarter tonight. Bob Becker returned to work as the Lady Potters’ coach. He’d missed the State Farm Holiday Classic with Covid-19. Against a Limestone team that came in with a 5-10 record (0-4 in the Mid-Illini), the Potters led after a quarter by the inglorious score of 8-7.

You want pain? Give Bob Becker 8 points in the first quarter against a mediocrity.

I wrote down what I heard him say from the sidelines during play in those early minutes. He said them in all-caps with any number of exclamation points.

Whether these coaching imprecations had any effect, who knows? Circumstantial evidence suggests a powerful effect. The Potters scored 20 points in the second quarter, 20 more in the third, and led by 29 points with 6:03 left in the game.

And yet . . . and yet, even as Becker said, “It was fun to be back,” he also said of his Potters, “I don’t know if they enjoyed me being back.” For Becker didn’t become a Hall of Fame coach with four state championships on his resume by being well pleased with inconsistent play against a mediocre team.

An 11-0 run early in the second quarter decided this one. Morton led, 11-9, when Emilia Miller made a 15-footer at 6:40. Paige Griffin followed with a 3 from the deep right corner, Katie Krupa converted an Izzy Hutchinson fast-break pass into a layup — the first two of her seven straight points to put the Potters up 22-9.

Limestone hung around, down only 32-22, midway in the third quarter. Another run, this one 10-0, sealed the deal. It began with a Hutchinson 3 from the right corner and ended with a Hutchinson layup three minutes later. “Izzy played wonderfully,” Becker said of the sophomore who started tonight in the absence of senior Maggie Hobson, out with Covid. (Another starter, Addy Engel, left the game in the first minute with a recurrence of pain from a chronic back injury.)

The Potters got that 29-point lead on a rare play — a 4-point play by junior guard Tatym Lamprecht. She was fouled as she made a 3-pointer from the top of the key and added the free throw.

The victory raised the Potters season record to 14-2. They’re 5-1 in the Mid-Illini, and now, with Washington beating Metamora tonight, have a 1/2 game lead in the conference.

And I’m happy to add that the rest of the dental visit went without worry. I now have a permanent cap on the tooth that had gone bad. It is safe again to eat Milk Duds, though dentist Dr. Katie, as she freed me from the chair, said, “Wait 30 minutes.”