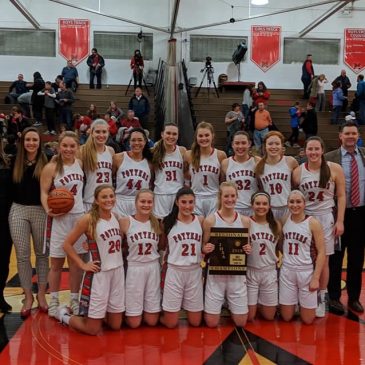 The Lady Potters outscored their Mid-Illini opponents by an average of 37 points per game and the closest an opponent came was 18 points this season.  Now take into consideration that the Lady Potters starters averaged only 2.25 quarters of playing time in each game and you can get an idea how dominant the Potters were in Conference play this year.

As impressive as the Lady Potters offense was this year, averaging 68 points per game, their defense was even more impressive, allowing only 31 points per game.  The Potters only allowed a Conference opponent to surpass 45 points in 1 out of 14 games (Dec 11th vs Washington 65-47), though that game was a ‘Running Clock” game as the Morton  starters did not play the 4th quarter, but led 57-27 at the end of third quarter.

The Lady Potters then marched on to Regionals, which they hosted this year, and won their 5th consecutive Regional Championship, with a 82-22 win over LaSalle-Peru in the Regional Semi-Final and a 59-33 win over Metamora in the Regional Championship game.  The victory over Metamora was their 3rd of the season vs. the Redbirds, which finished their season at 21-7 and 10-4 in the Mid-Illini Conference (tied for 2nd place with Washington).

Morton now advances to the Sectional Semi-Final at Illinois Valley Central, in Chillicothe, on Tuesday, February 19th at 7:30pm. They will face another familiar opponent in this game, as the Lady Potters will play Canton for the 3rd time this year.  Canton won the first Regional Championship in their program’s history on Friday by winning the Geneseo Regional over host Geneseo 56-50.  The other two teams in the Sectional are Bloomington Central Catholic and Richwoods.

Come out and cheer on the Lady Potters, as they continue their quest to get back to Redbird Arena! 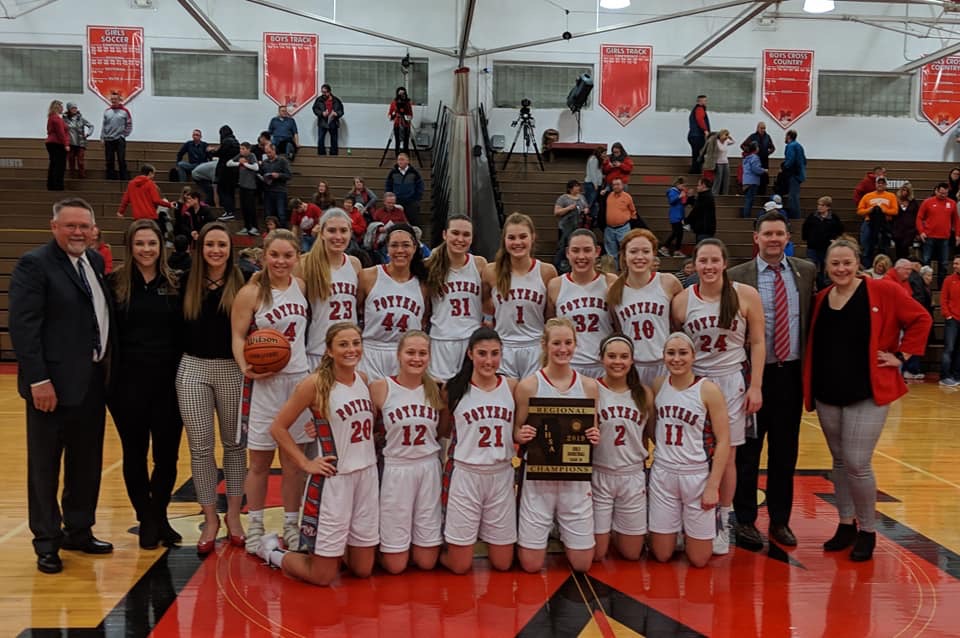