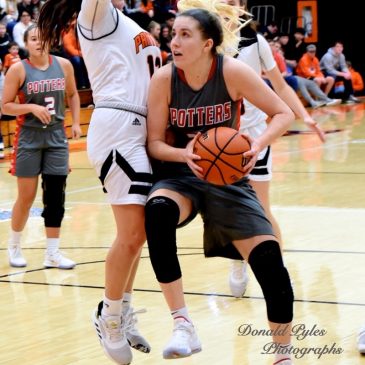 Like, seriously? A running clock against a team that had been undefeated? Doing it on that team’s homecourt? Early, the Potters went on a 20-0 run. Late, a 17-0 run. Such runs happen because the defense is so good it creates offense. “A champion’s DNA,” is how their coach, Bob Becker, puts it. The defending state champion Potters were 22 for 23 on free throws. Every loose ball, they were on it the second it became a loose ball. I mean, seriously? Wow. They’re 10-0 for the season. And dare I say out loud what I’m thinking?

They could go undefeated.

Counting last season’s run to the state title, they’re now on a 20-game winning streak. Tonight’s victory was their 50th straight in the Mid-Illini Conference.

They’re doing this kind of thing on a regular basis.

Washington came in with an 8-0 record looking to re-establish itself as a legitimate rival to Morton’s years of primacy. Washington has beaten decent teams, mostly because it has good shooters and competitive defenders. This is to say, Morton’s dominance tonight was not a case of catching lightning in a bottle, nor was it an aberration or an exception. It was everything the Potters are capable of.

They led by a point at 17-16 in the first minute of the second quarter. Then that champion’s DNA showed itself. Unable to get inside on the Potters’ defense, Washington stopped making the 3’s that had kept the game close. On a 12-0 run in the last seven minutes of the quarter, Morton led, 29-16.

And if you’ve seen the Potters play, you know how they play the early minutes of the third quarter.

How they got those 8 points is telling because it shows that the comfortable halftime lead wasn’t nearly enough to satisfy the Potters.

It began with Morton’s little guard, Peyton Dearing. She’d jammed a finger on her right hand and came out for the second half with the finger taped against its neighbor. She’s a left-hander, so she could put up with the tape – except when the half started, who needs tape? Seriously, who needs stinkin’ tape when what you’re doing is batting the ball away from a Washington player, diving on it, wrestling it away from the unfriendly, passing it to a friendly, hauling yourself up off the floor, sprinting to your 3-point spot, getting the ball back, and throwing in a 3-pointer – all this in the first 25 seconds of the half before taking a Lindsey Dullard pass 30 seconds later for a layup and free throw.

In less than a minute, then, Dearing’s 6 points put Morton up, 35-16, and Dullard finished the run 32 seconds later with two free throws when fouled on a put-back.

Though Washington made a small move to close within 14 points at 41-27, no one believed it could sustain the move. Morton is not only talented, it is indefatigable. Becker’s white board carried a pre-game message that included this reminder, “COMPETE 32,” with the 32 in a bold circle, meaning bring it, guys, for the full 32 minutes. It’s hardly a necessary note, for Becker’s teams have gone full-bore at both ends every minute for years, but if you’re going to go undefeated it doesn’t hurt to be reminded how you got good enough that people would dare suggest 36-0.

As evidence that Morton simply wears out its opponents, consider the Potters’ work in the last 96 seconds of the third quarter.

At 1:17, Dullard threw a 30-foot pass to Makenna Baughman for a layup.

At :24, Dullard threw a 30-foot pass to Frakes for another layup.

At the buzzer, Dullard threw a 30-foot pass to Olivia Remmert for a layup.

All these passes were made possible by Dullard’s great court vision, her strength and accuracy passing, and the truth that Washington’s defenders were all tuckered out and ready for bedtime. They no longer could get back on defense.

“THAT was fun,” Bob Becker said, and he said. “We had it dialed-in at both ends,” and he said, “That was terrific,” and he said, “Tonight was supposed to be WASHINGTON’S night, homecourt, undefeated, and it became our night,” and he said, “Our depth was great tonight, through eight kids, and that’s what the Sisterhood is about, everybody contributing, and we need all 16 of them,” and he said, “It’s so fun to be part of it.” 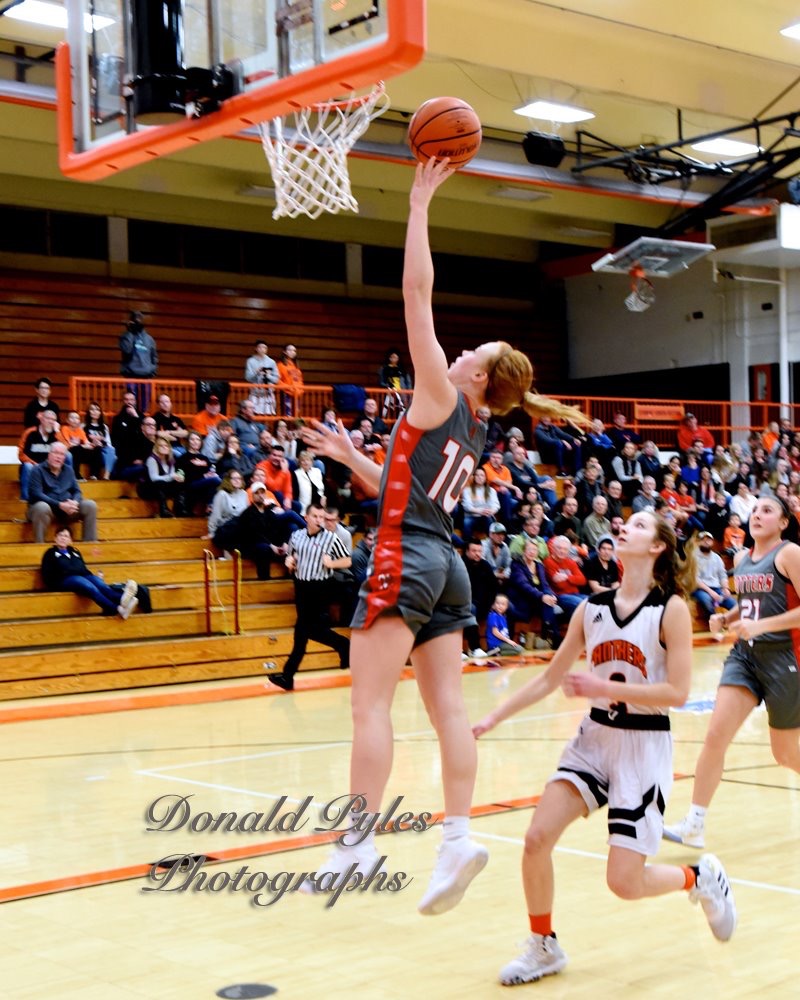 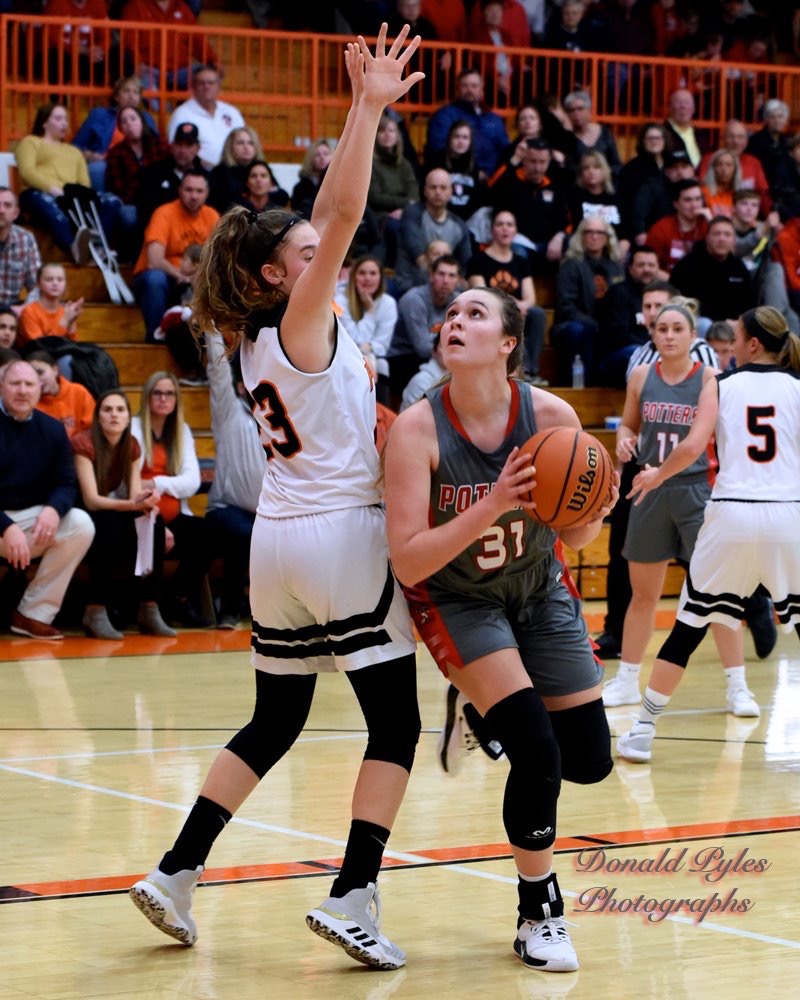 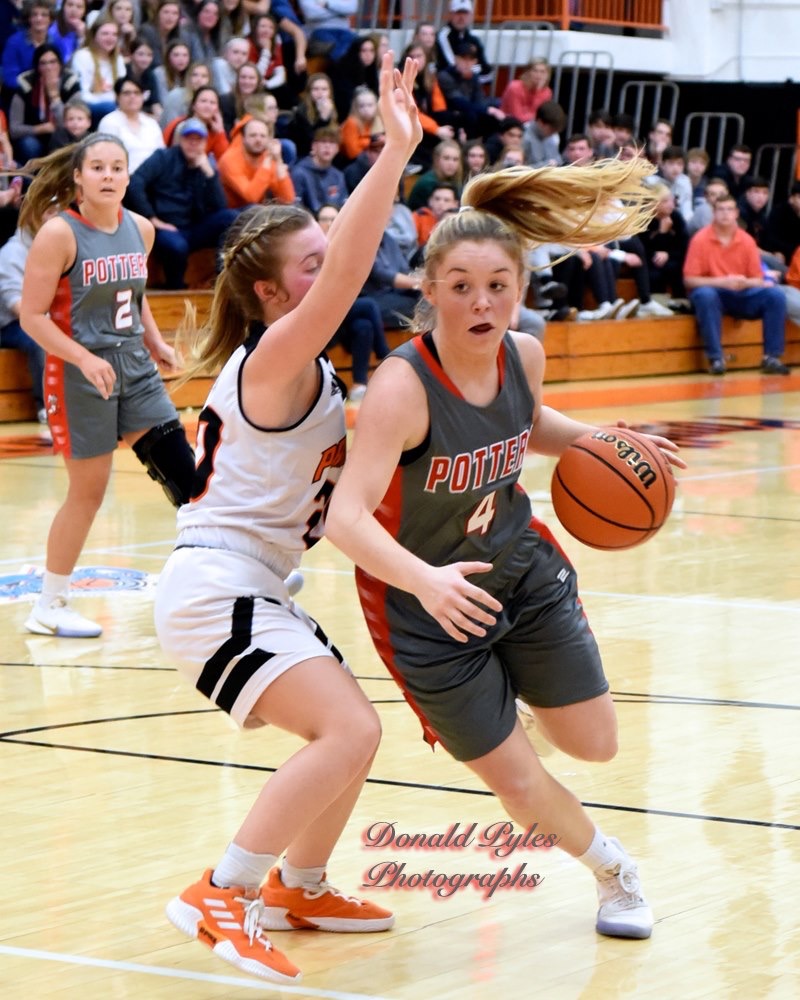