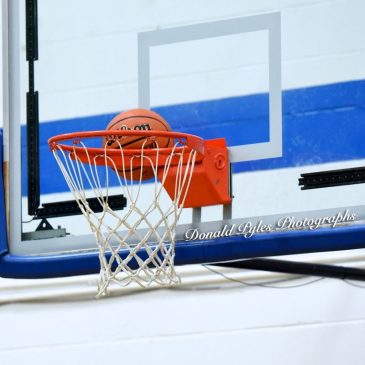 It wasn’t near that close. The undefeated Potters made the woebegone Rockets their 17th victim. The less we say about the game, the better. Because whatever’s “going around,” I got it. I am warning you, dear readers. This blog is contagious. You might want to back away from your PC or iPhone or whatever device you have in hand. I sat two rows behind the Potters’ bench tonight and later I told the coach, Bob Becker, “I gutted it out tonight.” Meaning I held my breath for the full hour and 15 minutes so as not to spread onto his players whatever I’ve got that’s “going around.”

Whatever I’ve got, it caused me to fall asleep in my parked car at 10:06 this morning. Wonder is, no one reported a vagrant sleeping in the Restmor nursing home parking lot. I was home at noon and I went to bed and there tried to remember the name of that magic potion for queasy stomachs.

So I crawled out of bed, my bones aching in the manner of Becky Jones’s hipbone, and I searched the master bath medicine closet.

In bed I also considered an adult question.

“Why,” I asked myself, “am I risking my health and the health of innocent by-standers who might mistake me for a reasoning adult and want to share air space with me?”

“Look,” I answered myself, “the Lady Potters could win this one playing barefoot,” at which point I heard myself say, “Gut it out, Kindred. They lose this one, it’s historic. You gotta be there.”

Stupid, you bet. Tomorrow, bed all day, all night.

So, out of bed at 4 o’clock this afternoon and en route to the game, I called my sister, Sandra, who knows everything about running a household.

“Pepto-Bismol,” she said, which caused me to stop at a Shell station where I asked the woman behind the counter, “You selling much Pepto-Bismol?” She said, “No. But I hear something’s going around. That’ll be $6.05.”

There at the gas pump, I unscrewed the pink stuff, took a swig, and headed for Limestone High School for What Had as Much Chance of Being an Historic Game as I Had of Standing In for Brad Pitt.

At Limestone, I stopped at the concession counter and asked my buddy John Bumgarner for advice.

“I think so,” he said, with less than the authoritative tone Sandy uses.

I said to the woman behind the counter, “I don’t see any 7-UP. What do you have that’s like 7-UP?

She laughed, as if she thought I was kidding.

Well, I am here to report that Sierra Mist is not 7-UP but it got me through the soporific first half without incident, though the truth, the whole truth, and nothing but the truth is that I was rooting for a running-clock game. I wanted to get out of the Vernon Woosley Gymnasium and into the Dave Kindred Bed.

Imagine my distress then in the first quarter.

The clock operator had not turned on the clock.

I heard myself shouting down to assistant coach Bill Davis, “Clock’s not running.” He might have thought I cared about the game’s purity. I cared only about getting time to move more quickly, not freakin’ stand still.

Please, somebody, make it 30 points.

The adolescent in me made a note, “Night’s Most Important Basket.” I also pumped a fist in silent celebration, for soon it was 8:15 p.m, and the game was over and I could see that a day that began with me asleep in my car now would now end with me back home typing these words as fast as my aching fingers – does flu make your fingers ache? – can type.

Now, one more swig of the pink stuff and good night.

Dullard led Morton’s scoring with 13, and Katie Krupa had 11. Courtney Jones, who had a bunch of rebounds and assists (we’ll get the number tomorrow), had 8 points. Peyton Dearing scored 7, Cailyn Cowley 6, Olivia Remmert 4, Makenna Baughman 3, Claire Reiman 3, and Abby Steider 2.